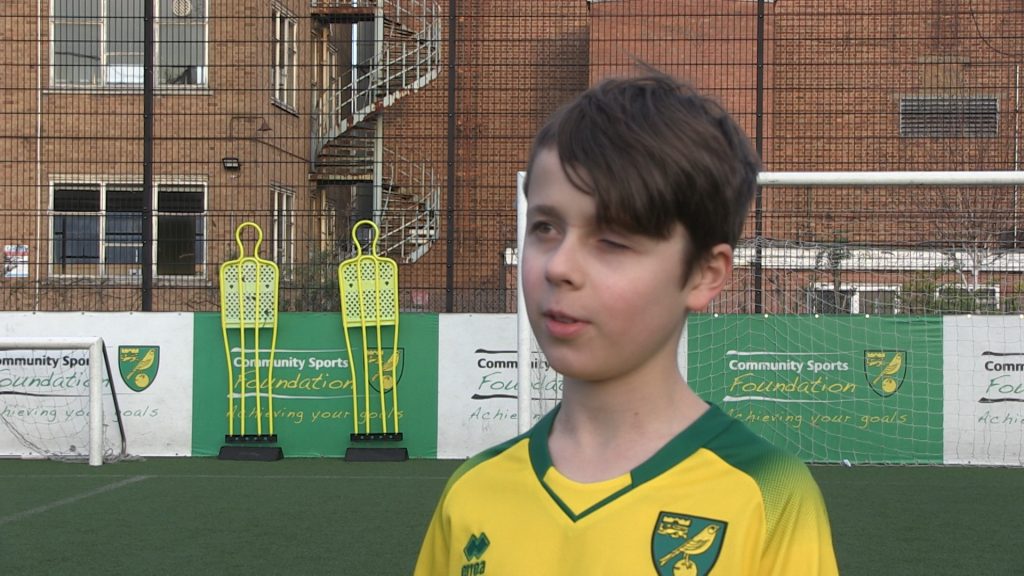 12 year-old Marcus Dunn’s sight loss resulted from childhood cancer at the age of seven; he has now reached an age where his sight loss is impacting more seriously on his life.

“Marcus can’t do the things that his friends do, such as riding a bike or chasing a football,” says mum Barbara.

“Having known what it was like to have his sight, it has been difficult for him to adjust. He doesn’t like the fact he is different from his peer group, and hates having to leave classes early to avoid the crush, or even using his cane, even though with it his mobility is much better.

“His sight loss has had an impact on the whole family. His two siblings, who are 15 and 18, are very protective of Marcus, but equally they do sometimes get irritated with him – or certainly with the situation. They know that lots of attention was inevitably on Marcus when he was ill, and that now he still needs more support than they do; it’s natural for young people of that age to resent that a little, with the best will in the world.

The truth is that we don’t know how independent Marcus will be able to be as an adult.

“The support from Vision Norfolk, and the Children, Young People and Families activities, has been really valuable. It is helping me start to plan the transition into adulthood for Marcus, helping us prepare for what comes next.

“Being with other families in similar situations is so important, too. When he lost his sight, I didn’t know children went blind, I didn’t know what to do with him. Meeting other parents who had experienced the same emotions was a godsend – it has helped the whole family cope with the situation and has given Marcus the best start in life he could have.”