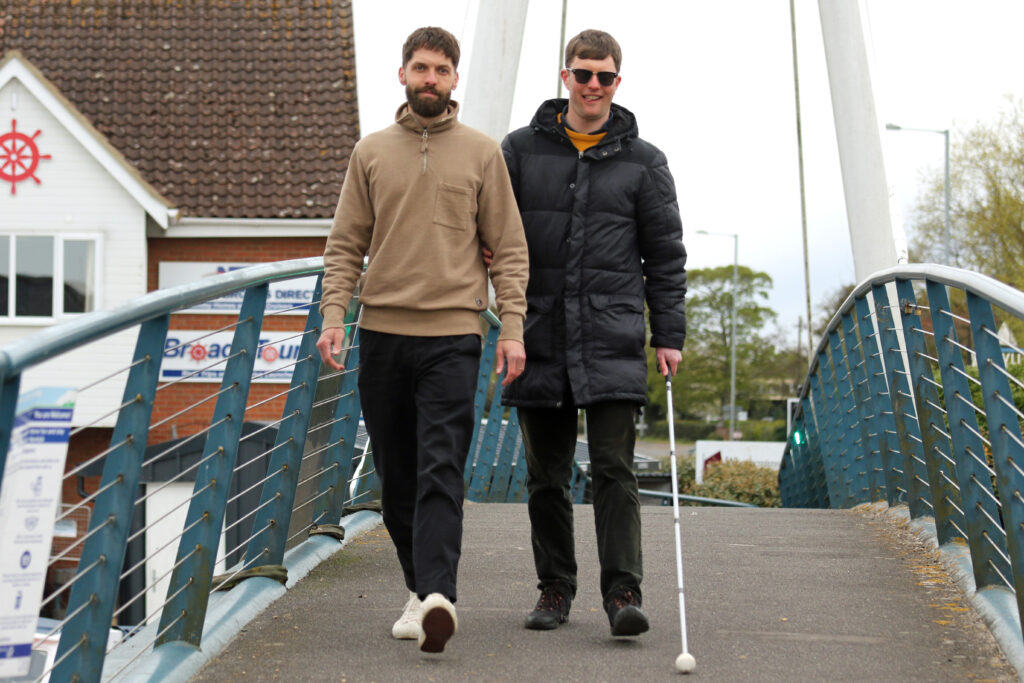 A Norwich man is starting his volunteering career by putting his best foot forward – and stepping out to guide a blind walker on a 50km challenge to raise money for the county’s sight loss charity.

Matt Lawley decided to become a volunteer for Vision Norfolk, and his first assignment will be to help Ed Bates from the charity undertake the marathon walk next month, as part of an eight-strong team taking part in the 2021 Broads Walk Challenge event.

The pair will be walking from Aylsham to Acle via North Walsham, Stalham, Hickling and Potter Heigham, negotiating riverside paths, marshes and reedbeds on the way.

Mr Lawley decided to take the plunge and become a volunteer for the charity having been inspired by an incident in his university days.

“When I was a student, I was watching a football match in a pub when I became aware of a chap in a Man Utd shirt who had his back to the screen, but who was engaged with the match and enjoying it as much as everybody else. I realised that he was blind, and that his sight loss wasn’t stopping him from living his life to the full.

“Since then I have always followed blind football and visually-impaired athletes at the Paralympics, so I thought I should take the step and become a volunteer to support Vision Norfolk, which does so much to help visually-impaired people lead independent and fulfilled lives in the county.”

As an active sportsman who enjoys playing football, cricket and golf, Mr Lawley is hoping to put his interests to good use by helping visually-impaired people in Norfolk stay active and take part in sports.

But his first task is to guide blind Vision Norfolk staff member Ed Bates on the 50km Broads Walk Challenge. Mr Bates, who is the co-ordinator for the new Great Yarmouth ‘hub’ which the charity will open in the coming weeks, is no stranger to taking part himself, having previously undertaken a sky-dive to raise money for the charity, as well as running in the Norwich 10K.

“Walking this distance is a challenge for anybody, so it will be daunting for Matt to do this as his first guiding task,” said Mr Bates. “He has been quick to pick up the guiding techniques, and I have absolute confidence in him as a guide already.”

• Anyone wishing to sponsor Ed Bates and Matt Lawley for the challenge can do so by visiting www.justgiving.com/fundraising/Edward-Bates3.
• Anyone interested in becoming a volunteer for Vision Norfolk can visit www.visionnorfolk.org.uk/get-involved/volunteer/ for more information.

Norfolk’s sight loss charity Vision Norfolk has announced Andrew Morter as its new chief executive. He has 20 years experience in the voluntary sector, most 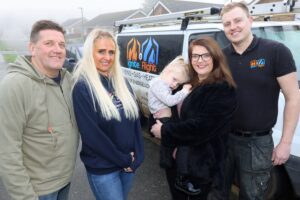 Twenty-four visually-impaired children and their families enjoyed a special ‘Festive Express’ on the Bure Valley Railway, travelling to see Santa at Aylsham Station – thanks 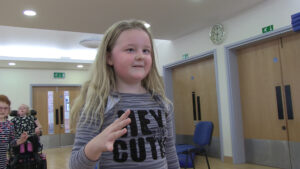 Norfolk’s sight loss charity has launched a Christmas appeal with the aim of helping visually-impaired children and young people, and their families, enjoy a range